I just ate half a box of Burdick's chocolate. And I'd do it again. In a heartbeat. Someone hide the box!
I'm enjoying myself right now. Pete and I watched "Down By Law" for the first time (I know, we're bad whatever-generation-we're-supposed-to-be-part-of-ers) I've had some Jameson's and I've got "O.K. Computer" on the iPod.
Tablet schmablet - that has nothing to do with my life. Chocolate, whiskey, old Radiohead albums and doing the dishes. That's the life for me! New Radiohead albums would be good too.
Posted by Unknown at 12:04 AM 2 comments:

Trying To Be Cool

I'm trying to be cool about Ted Kennedy's senate seat going to a Republican but I may still have to dye my hair pale minty green or something. (You've heard of non-violent protest? This would be nonsensical protest) We'll see...
Posted by Unknown at 11:22 AM 3 comments:

Mel On The Beach 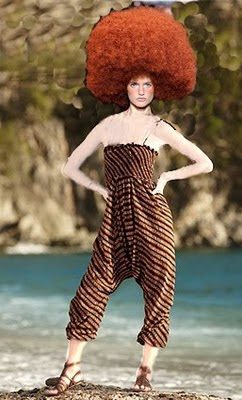 Photoshopping by Billy!
Posted by Unknown at 10:30 PM 1 comment:

Fashion - Pass It On! Thank you, Jenn, for pointing out this little number from Victoria's Secret. They're so excited about it. The title at the top of the window even says "NEW! Harem-pant jumpsuit." It also comes in leopard print.
It looks like a nice enough article of clothing to wear, as pictured, on the beach. Perfect for those days when I want to look even less attractive than I normally do when I'm on the beach.
Jenn's comment: "hahahahhahahhahahaa!"
Posted by Unknown at 7:29 PM 1 comment:

I Think This Is Me 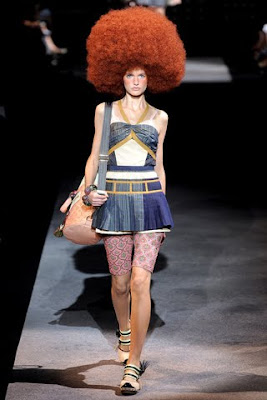 There are a lot of very serious things going on in the world right now. As you can see by the photo above I'm not going to touch any of them. They're all too much for my tiny brain to handle.
Instead I will give a shout out to the fine folks a Louis Vuitton (thanks Marc Jacobs et al!) for sending excellent examples of afro pride down their Spring 2010 Ready To Wear runway. 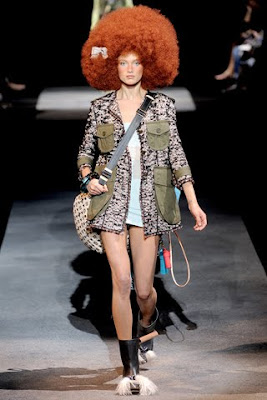 I really think I look rather like this most of the time - except for the perfect arms. Well, okay, mostly just the hair part. This would have completely blown my mind if I'd seen it as a kid. 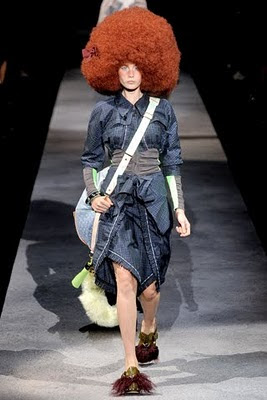 I probably would have thought they'd lost their minds.
I wonder how much those shoes in the first photo cost?
Posted by Unknown at 9:34 PM 3 comments: 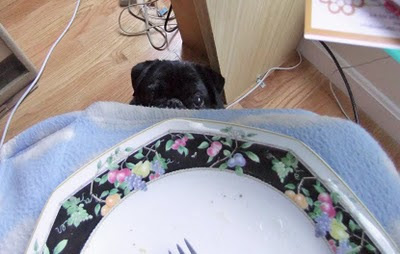 Kale Salad And A Secret

I made some pretty decent kale salad for a potluck the other night.
I cooked two bunches of prepped* kale in 4T olive oil and a half-cup of water with three lightly crushed garlic cloves and salt and pepper in a covered sauté pan for probably less than ten minutes.
The kale was drained then put in a salad bowl. I added a bit more olive oil, one of the garlic cloves, minced, some grapefruit, feta cheese, toasted pecans and some passionfruit vinegar (a gift from a friend). Salad-wise that's a fail-safe recipe. I had never made kale before though. I will make it again.
Also, the secret ingredient in spicy asian soup is chili paste. Or else it's ginger or kaffir lime leaves or lemongrass. One of those. Or dried mushrooms.
*You know - ribs and stems removed, lightly chopped and washed but not dried.
Posted by Unknown at 2:46 PM No comments:

H. pylori
I can't solve other peoples' problems
I don't do very well with my own problems either
Fay's new nickname is "Crumbles"
Heat pumps north of Virginia
My new hat
Perfume
Good friends
Cute
Persistence
Exercise
Making
Posted by Unknown at 5:42 PM No comments: