Boston Area Winter Plus A Note From Vermont

I drove out to Wellesley today to go to my sister-in-law's Stella and Dot open house. While driving on Route 2 I was amazed by how ashy everything looks on a day in January when it's supposed to snow but it hasn't started to yet.

When I left Wellesley I took the Mass Pike from 128 to Prudential Center. As I drove under the city I looked at the gritty, blackened, concrete ceiling above me and thought "By God I love this filthy town." I really do. It's filthy and freezing and I really love living here.

Meanwhile, Pete is in Vermont, warm and cozy in his studio, looking out the window at an owl hunting: 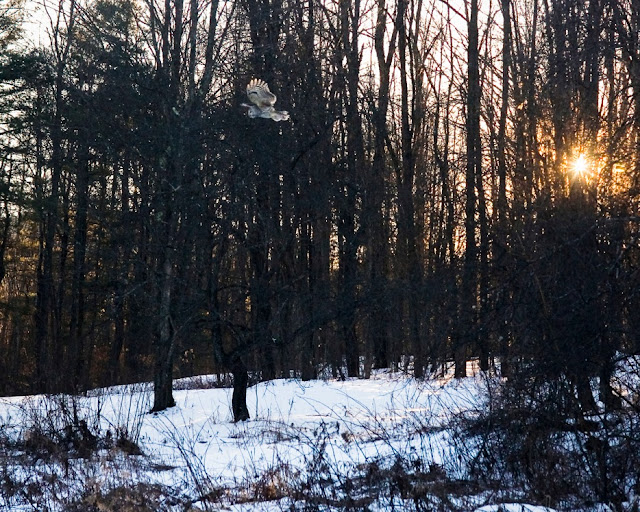 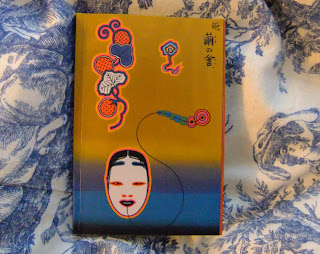 This is my new Bravery Log. In the interest of expanding my life, making it richer and making me more happy and engaged, I'm on a quest to try new things. I'm trying to do things that I wouldn't normally do. I'm trying to be brave.

It's been going pretty well. I've met a number of new people, I'm having more fun and I feel like I have more internal resources. Sometimes, though, I need a little nudge to continue to be brave. That's where the Bravery Log comes in. Each time I do something that's hard for me (like R.S.V.P. "yes" to a party where I won't know many people or sign up for a class at an aerial gym - yes, I did) I write in the date and the brave thing I did.

Now each day I wonder, "will I have an opportunity to be brave today?" It makes me look for an opportunity. It's good incentive. I'm more likely to follow through on an idea if I can write down that I did it in the log.

Bravery is subjective though. Some days I'm more chicken than others. Some days just looking for more information on the web counts as bravery. Just looking can lead to e-mailing which can lead to signing up which will lead to showing up. Every step in the sequence counts. I'm being generous with myself. Baby steps.

So far everything I've taken a risk and tried has payed off nicely. I must remember that it won't always be that way. I'll likely be shut down or embarrassed some time. When that happens I'll just have to congratulate myself for having tried. Right?
Posted by Unknown at 10:49 AM 3 comments:

I am hearing the unmistakable braying of a beagle in the parking lot behind our apartment right now. I love that sound. Beagles are the most awesome pain in the ass dogs you can get! Noisy, unruly, escapey and adorable. Love that sound. Not a breed I'd choose for this urban an area but then I don't know everything.

It reminds me of a couple of other lovely city experiences I had in the last couple of days.

Sunday was No Pants Day on the T. I got on at Davis Square as I normally do. Things proceeded as usual until we pulled into the Harvard Square station. I spotted a couple of people on the platform who weren't wearing pants. They weren't completely naked from the waist down - they had tiny short-like things on - but they were less dressed than the usual T patron.

Odd entertainment stuff happens occasionally in Harvard Square - it could have been a dance troupe or some street circus performers, you never know. A couple of guys got on our car and the train moved off. Then the guys started taking off their shoes, taking stuff out of their pockets, fiddling with their belts. They were seated on the same side as me so I could see them reflected in the car window - you know, city style, so you're not looking directly at anyone.

The woman across from me started looking a tad bit uncomfy. She was across the aisle from them, looking straight at them. She'd had her back to the station when we pulled in so she hadn't seen the no pants people on the platform. I smirked at her to ease her mind. She got it. She could see I was watching in the reflection.

The dudes took their pants off and put their shoes back on. One guy listened to his iPod, another started reading. When we pulled into the Central Square station there were a few more no pants people on that platform. That's where I got out. The no pants guys from our car got out too. Not much of a T ride if you ask me. If I was going to ride no pants I'd want to get a bit more mileage out of it. But then, I don't know everything.

Today it was sixty degrees out. It's mid-January. This is not normal. You don't get beautiful, warm, sunny days in the Boston area in January. Only you did today. So I took a walk over to Porter Square to do some errands.

They're doing some construction at St. James Episcopal Church. I happened to notice that stretch of sidewalk because they had rented some "Rent A Throne" (or something) brand porta-potties and the name amused me. Then I saw a handsome dreadlocked guy coming towards me from the other direction, listening to his iPod and grinning a beautiful grin. The sun was shining, it was a pleasant city moment. I kept going into Porter and hit the drugstore, the hardware store and the craft store.

On my way back, on the spot where I'd had that pleasant city moment on my trip in, I had to step around a fresh vomit stain. It was just a damp stain - someone had cleaned up the bulk of it. I thought how glad I was that I had missed the incident when it had occurred. I was glad that someone had been thoughtful enough to clean up the mess. All in the forty-five minutes that had elapsed since I'd passed that spot. Another series of events that you wouldn't experience in the country.

That's what I have for you today. LIfe is a wonderful thing. You never know what it will bring.
Posted by Unknown at 11:19 PM 1 comment:

Something interesting has already happened to me this year: Pete and I went to a party where I spoke most of the night with a number of people I'd never met before and never stressed or felt freaky about it. It never even occurred to me to notice anything unusual had happened until I was in the car on the way home.

The party was on my birthday but it was unrelated to me other than I was invited. I didn't feel birthday-y this year. I think I just wanted my life back from the holidays. Instead of doing something specifically for my birthday we went to this party.

Maybe it was an unnoticed birthday vibe or plain resignation but my social anxieties deserted me. Good riddance. Hope they're gone for good! See ya later - much!

The next day we did do something special for my birthday and my friend, Janna's, birthday which was a day later. It was over-the-top. You can read about it here. Seriously over the top. Wow.
Posted by Unknown at 5:29 PM 2 comments: