Today I bent to look at a dead caterpillar on our walkway: 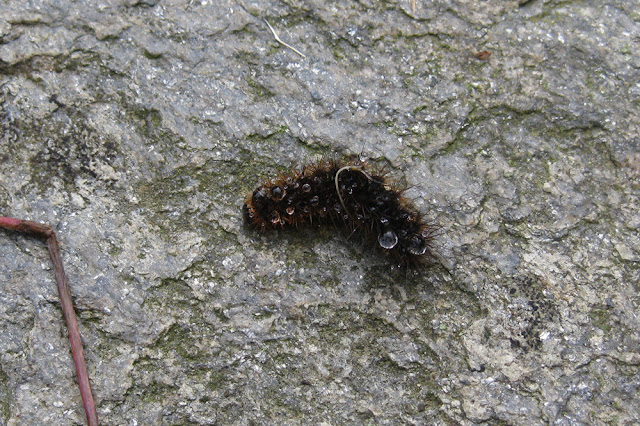 As I stood up again a reflection in a puddle on the walk caught my eye. It's very subtle: 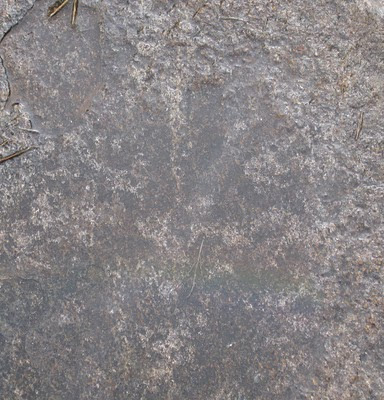 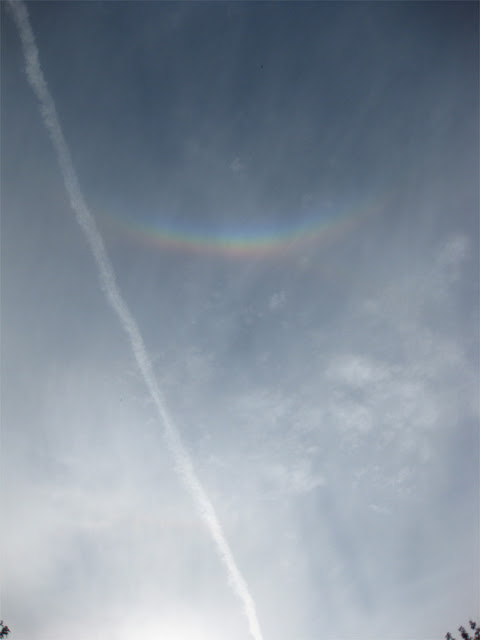 I've seen iridescent spots around the sun before  but this rainbow arced away from the sun. That's something I've neer seen.

My Time Of Year

I am SO excited right now. I LOVE this time of year!

I love to cook but in the summer I don't even want to think about cooking. Now I can cook again!

Summer, I won't say eff you because I know you can and will kick my ass. I'm sorry that a week at the beach and a few fried clam meals are not enough to redeem you in my eyes. Truly. I really wish I could love you because I vastly prefer to like things. However...

Email ThisBlogThis!Share to TwitterShare to FacebookShare to Pinterest
Labels: cooking, the seasons 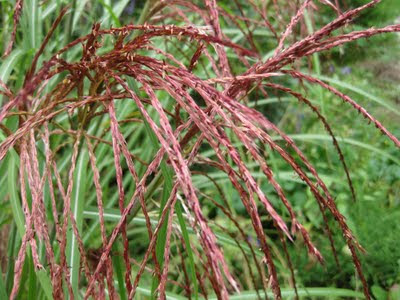 These ornamental grass seed heads are a beautiful, silky red this year.

So August turned out not to be a vast improvement on the end of July. Pretty painful month, all in all. Most of the things that made July and the rest of the summer so fretful haven't really improved. I'm just more accustomed to being unable to do anything about them. I did get a bit of work done though.

Tropical storm Irene knocked our power out for five days. That was just an inconvenience. The worst part was seeing our neighbors' houses in the river and the land the houses were built on gone. Yes, their land is gone. A number of roads we use all the time are also gone. That's pretty shocking to see. You see natural disasters on T.V. and you think "that's horrible" and it is horrible but (sadly, human nature being what it is)you feel the punch in the gut more when it happens in your neighborhood, it's right in front of you and you're not seeing it from the comfort of your sofa.

One major thing is a lot better though: my dear friend who underwent organ transplant surgery a few weeks ago is on the mend. He and his wife are two of my best friends and it was scary and hard to see him in danger and suffering and to just see her suffer. It was very familiar from watching my mom take care of my dad when he was dying. Same time of year too. This time I could remind myself that my friend was likely to get better. Still I'm probably always going to hate mens' loungewear and the end of July/beginning of August.

I'm not going to try to call September.

So far this month I've had an art show. I'll post photos once I get them off of Pete's camera. His camera is currently locked in a cooler with a large bag of desiccant because, due to an enormous and uncharacteristic brain fart, he left his camera bag outside over a rainy night.

Some other good news is that I'm chipping away at my major art endeavor. I'm calling it an endeavor because it's the single largest project I've ever taken on in my life. Well, I'm not positive that it's larger than being married but it is up there. I know I've mentioned the novel/comic book/art pieces. What this really means is that there are characters, figurines, art pieces that the characters make, drawings, several comic books, photographs, paintings, possibly film, possibly animation, possibly performances in the works. There's a lot to figure out and a lot to learn. I'm really excited about it. I'll be working on this for years.

Of course, with a project this large I could get bogged down and lost. Somehow that doesn't seem likely though. I feel like there are enough stages to work through and small parts to complete that I'll keep feeling like I'm accomplishing something. I'll have examples of progress made, areas completed and work to show that will keep me on track. Some parts could go way off in their own wild directions but there's nothing wrong with that.

Some highlights from August: 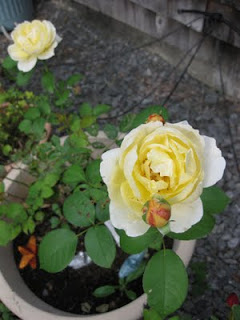 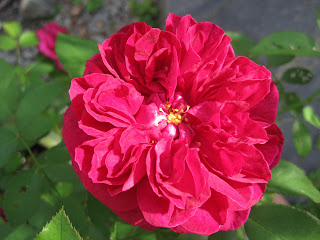 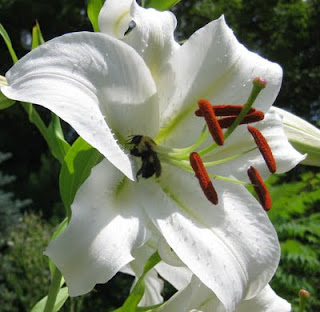 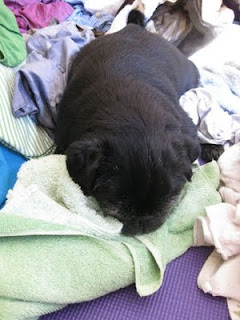 Fay snoozes in the laundry 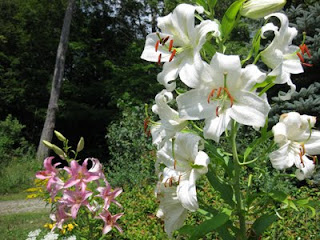 It was a great year for lilies 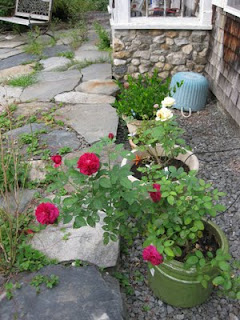 The roses looking good before Irene

Posted by Unknown at 8:26 AM No comments: