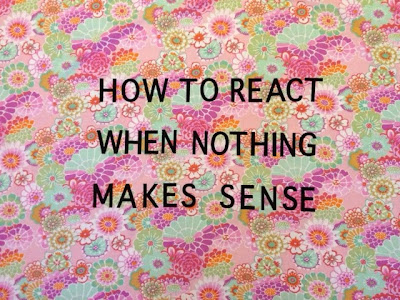 I am so tired I can barely move. I got four hours of sleep last night. I've worn out my arms and hands making things. I have to show again in two weeks. Nobody's even looking. Why do I go to all this trouble?  It's a compulsion. See? Nothing makes sense. 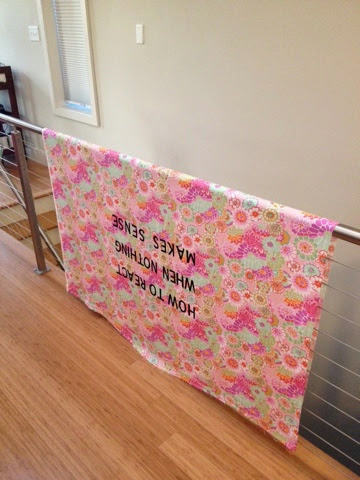 Time to eat something and get cracking on éclairs and haul them and my butt down to the gallery and set up and then stand there on the concrete floor for seven hours because if I sit my whole body will seize up from the physical wringer I've been putting it through.

Posted by Unknown at 6:46 AM No comments:

South End Open Studios is this weekend. I will be participating. I had planned to go down to our space on Monday and hang some kind of sculpture thing that I was going to make then and there. Instead I decided that the only honest thing to do would be to make meringues and chocolate éclairs and give them to people who come to our gallery.

I was partially inspired to do this by the random stuff being discussed on Facebook right now. I won't spell those things out as no doubt equally random things are being discussed on Facebook as you read this (unless no one Facebooks anymore and everyone's moved on to the next thing by the time you read this.) I was partially inspired by this guy, Tee Major. How did I get from a guy displaying his EXTREME fitness skills to making meringues and chocolate éclairs? Hmmm...

Long story short, nothing makes sense. The wonders of the world. All the bizarre and random things that happen every day, all the time. When nothing makes sense you can only do what makes the most sense to you. For Tee Major it makes TONS of sense to work out for thousands of hours so he can support his body weight on the tips of his fingers and do pushups during which he spins around in midair. I would say the vast majority of humans on this planet would have no need to use those skills but Tee Major WENT FOR IT. Dedication, determination, drive, practice, focus for hours and hours and hours. He can do Superman Push Ups. It's amazing. That makes sense to him and I respect and admire that.

On Monday I saw no difference between his drive to learn to master his body in that way and my desire to master making éclairs and meringues. You have to do what makes sense to YOU. That made sense to me.


Éclair pastry turns out to be pretty easy to make. You use a saucepan, a mixing bowl, and a wooden spoon. The batter is made of butter, water, sugar, salt, a little flour, and four beaten eggs.  you heat the first four ingredients in the pan until the butter melts. You dump the flour in all at once and stir over the heat until the batter clumps into a dough and begins to leave a film on the bottom of the pan. Then you dump the dough into the mixing bowl and stir it to cool it for a minute or two. Then you add the beaten eggs in four parts, stirring well with your wooden spoon after each part. Bang - you got éclair dough. So simple no wonder I was surprised it worked. You can also make cream puffs and cheese poufs called "gougères" with this same dough. And believe me I will. Easy and like magic therefore fun.

Now the meringues. I used to make meringues all the time when I was a kid. Once our housekeeper, Sarah (who saved my life so many times in so many ways) showed me how to do it I never had a problem. Until this Monday (of course the last time I tried was possibly 38 years ago) Four disastrous batches before I got a passable one. Then these happened:

These look horrible but they taste good. I used a recipe that suggested heating the sugar in the oven before you mix it into the egg whites to help it dissolve more quickly. I might try that again sometime.


The best way to have the sugar dissolve nicely is to use superfine sugar. I couldn't find any at the three markets I looked in so I tried making my own. It seemed to work. I never used superfine sugar when I was a kit though. Just normal eggs, normal sugar, and a normal handheld mixer.

One problem may have been that I tried using a carton of egg whites. You can buy a carton of just the whites. Don't do that for meringues. It's unreliable. The last batch I made with those whipped up beautifully. Nice and stiff until about two-thirds of the way through adding the sugar when the whole thing suddenly turned into soup. My worst batch yet. Down the sink.

Finally I did everything as super-right as I could. I separated my own whites (which I don't like to do because then you have yolks you have to do something with) let them come to room temperature, wiped down everything that was going to come in contact with the whites with white vinegar to eliminate any possible trace of grease (grease prevents the whites from whipping up) added cream of tartar, used brand new sugar out of a fresh box rather than the sugar I store my vanilla beans in (just in case there's vanilla bean oil?) and it worked perfectly. I don't remember having to be so fussy when I was a kid.

I cannot tell you how exhilarating it was when the super-stiff egg and sugar batter started fighting me back! A delightful, white, fluffy monster! Trying to wrest the beater from my hands and to fling itself out of the bowl and all over the kitchen! So exciting! Maybe one day I'll figure out a way to just bake it all whipped in the bowl. Look how gorgeous that is!

Successful batch number two (out of maybe eight batches total) is pictured below.


I wanted to make odd shapes and sizes. I made some big ones, maybe the size of a croissant, but I think I can do better with those so no photos. I want to make huge ones and ones in different colors. Pristine white was what I went for this time.

Now I'm absolutely exhausted and I'm going to bed late and I have to get up early so I can do more set-up stuff for this show. I still don't know how I'm going to display all this stuff or how I'm going to assemble the éclairs and get them down to the gallery on Saturday.

I'm not even sure this was a good idea or that I fully understand now what I was thinking when I chose this course of action. Gonna have to cross that bridge when I get to it. That is how I like to make art. It usually works out okay.

I have to say that I have never had this much trouble in the kitchen in my life. Never!
Posted by Unknown at 11:54 PM 1 comment: